For a better experience, please rotate your device

A subtle complexity that only time can create

Comprised of whiskies gathered from the four corners of Scotland and patiently matured for a minimum of 32 years, The Precious Jewel is a blend with an indulgent and complex flavour that offers a true sip of history. 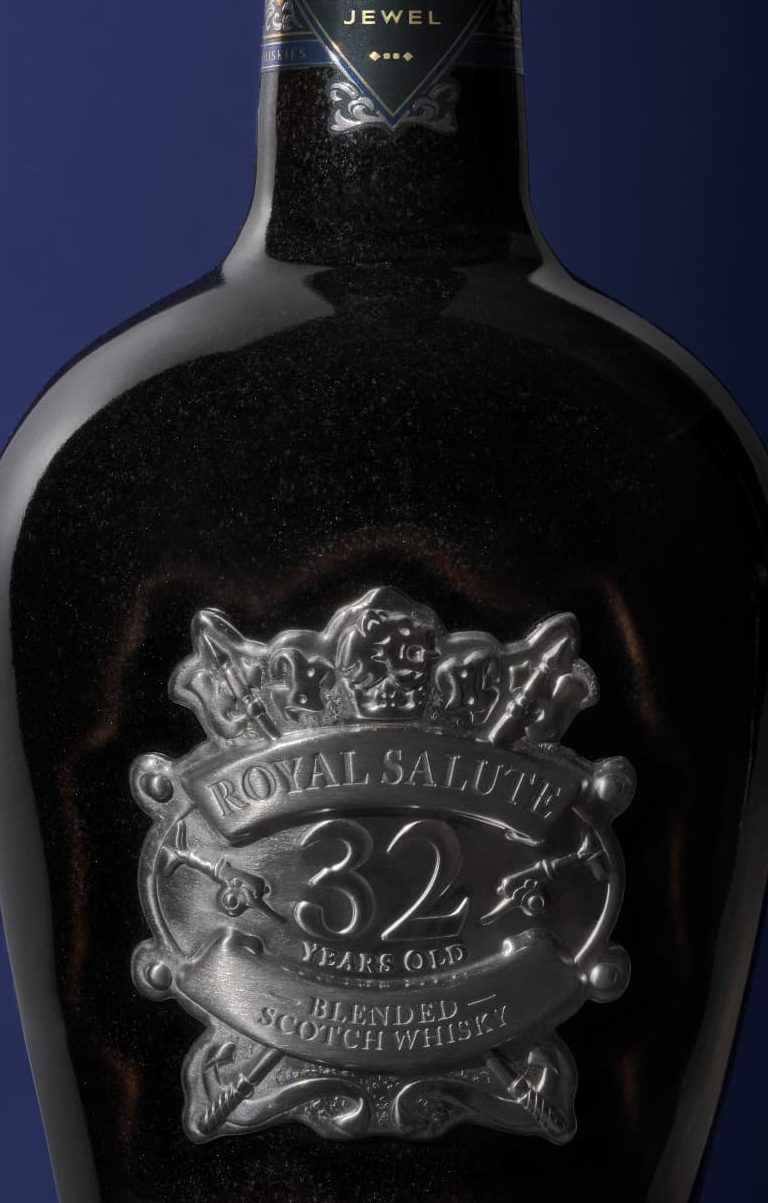 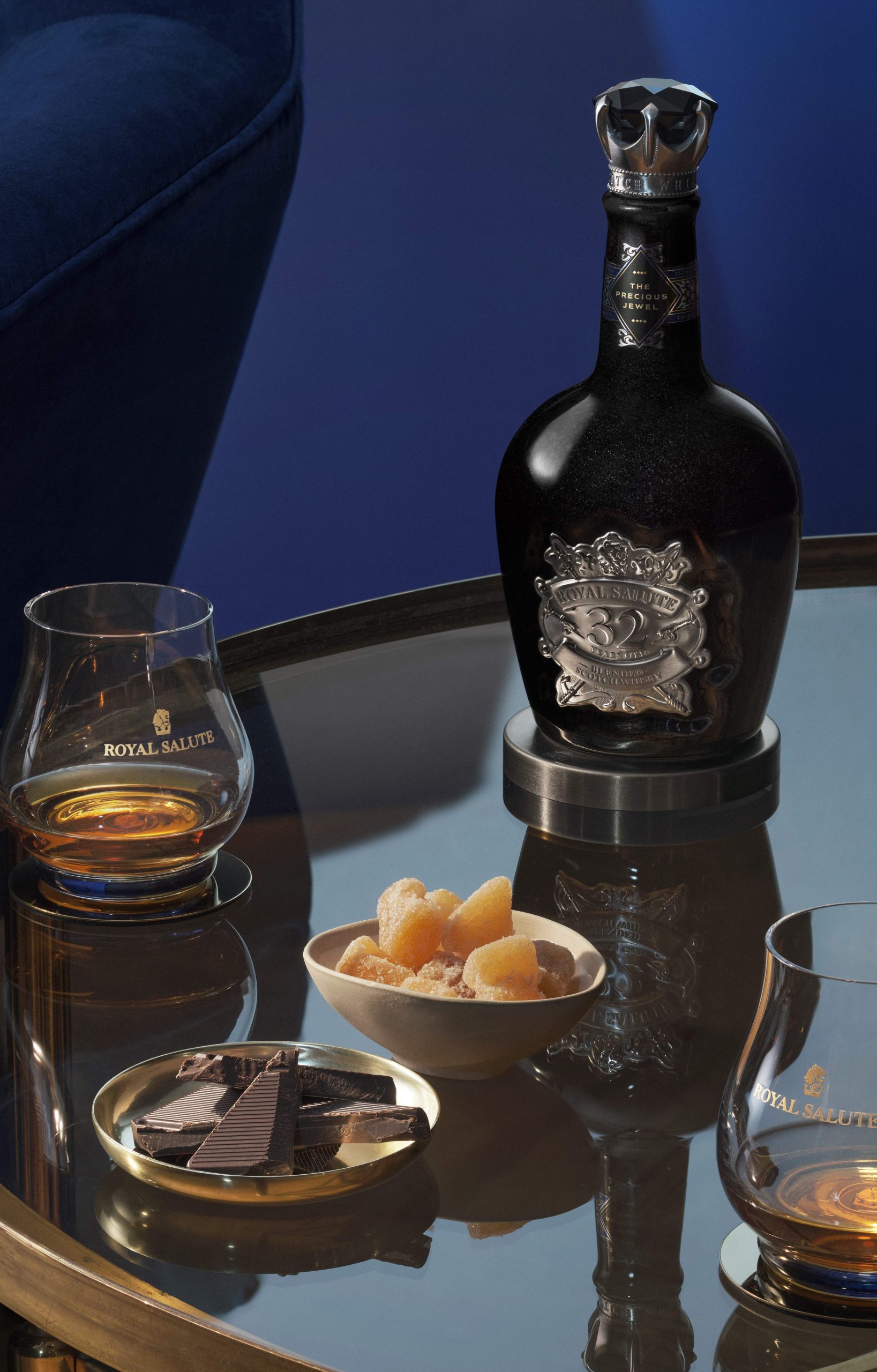 Aged for a minimum of 32 years

Discover references to the flavour profile of this magnificent blend within the illustrations.

On the nose, experience rich aromas of peaches in sweet syrup, soft caramel toffee, and a subtle underlying hint of dark chocolate.

Reflecting the exquisite aroma, the taste is pure pleasure. Smooth orange notes are balanced with soft, ripe pear and a touch of moist ginger cake. The flavour lingers for a gratifyingly long finish. 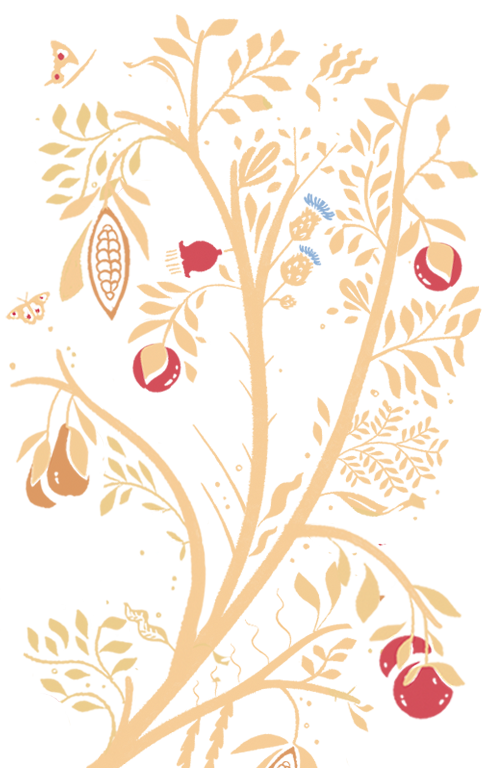 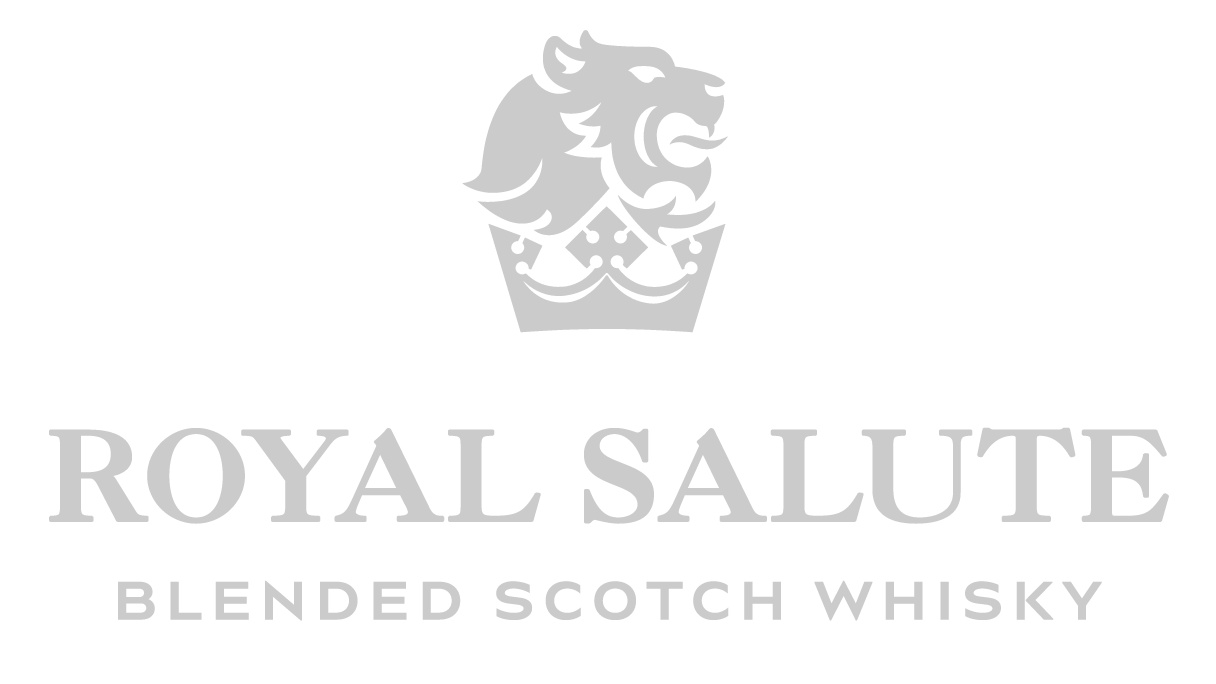 The Wilds of Scotland

Renowned for it’s natural beauty and breath-taking landscapes, Scotland is the proud home of Royal Salute.

Connecting all of the unique stories told by the intricate illustrations are the sprawling trees that bring life to the Scottish provenance of the whisky. 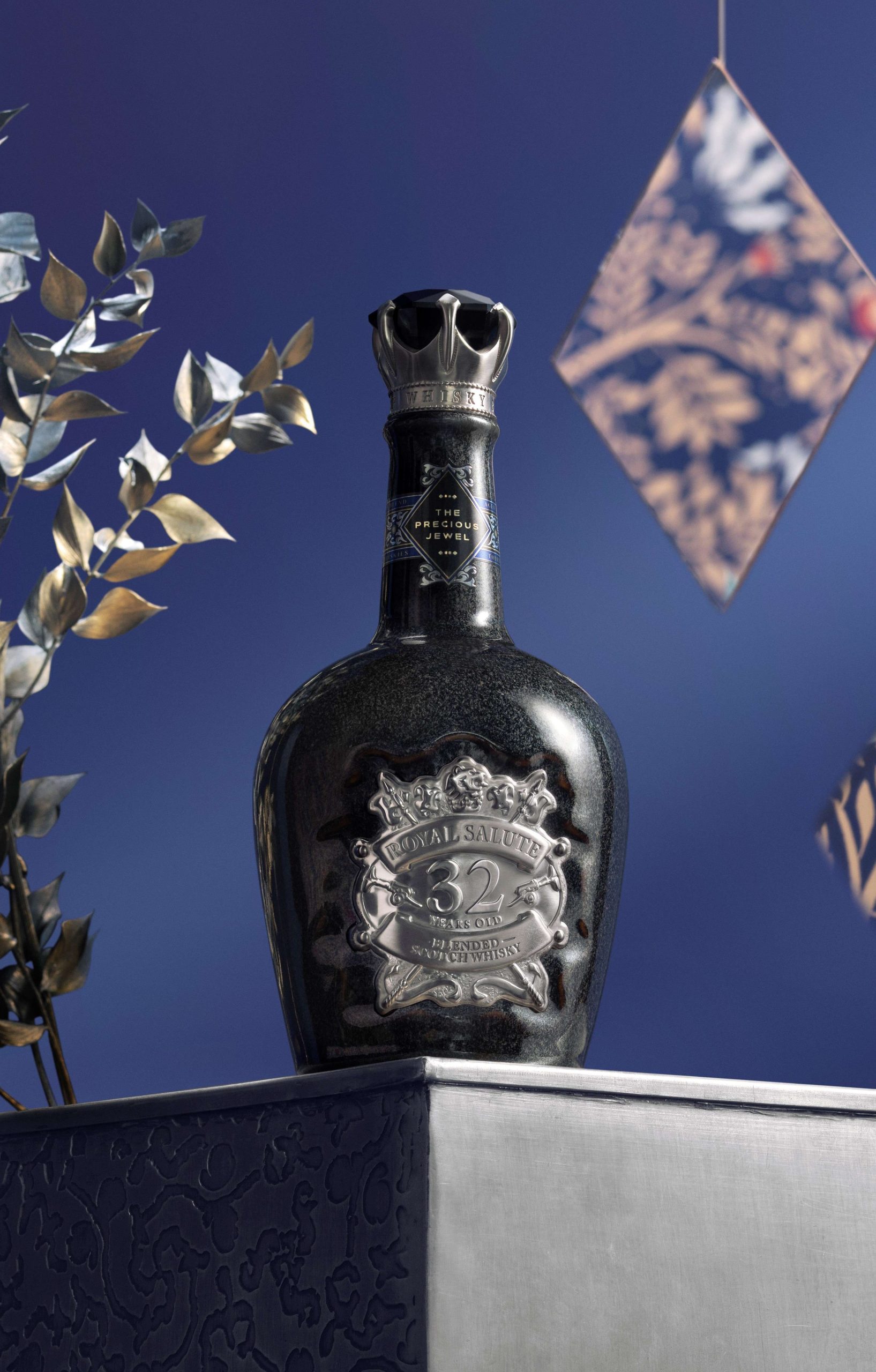 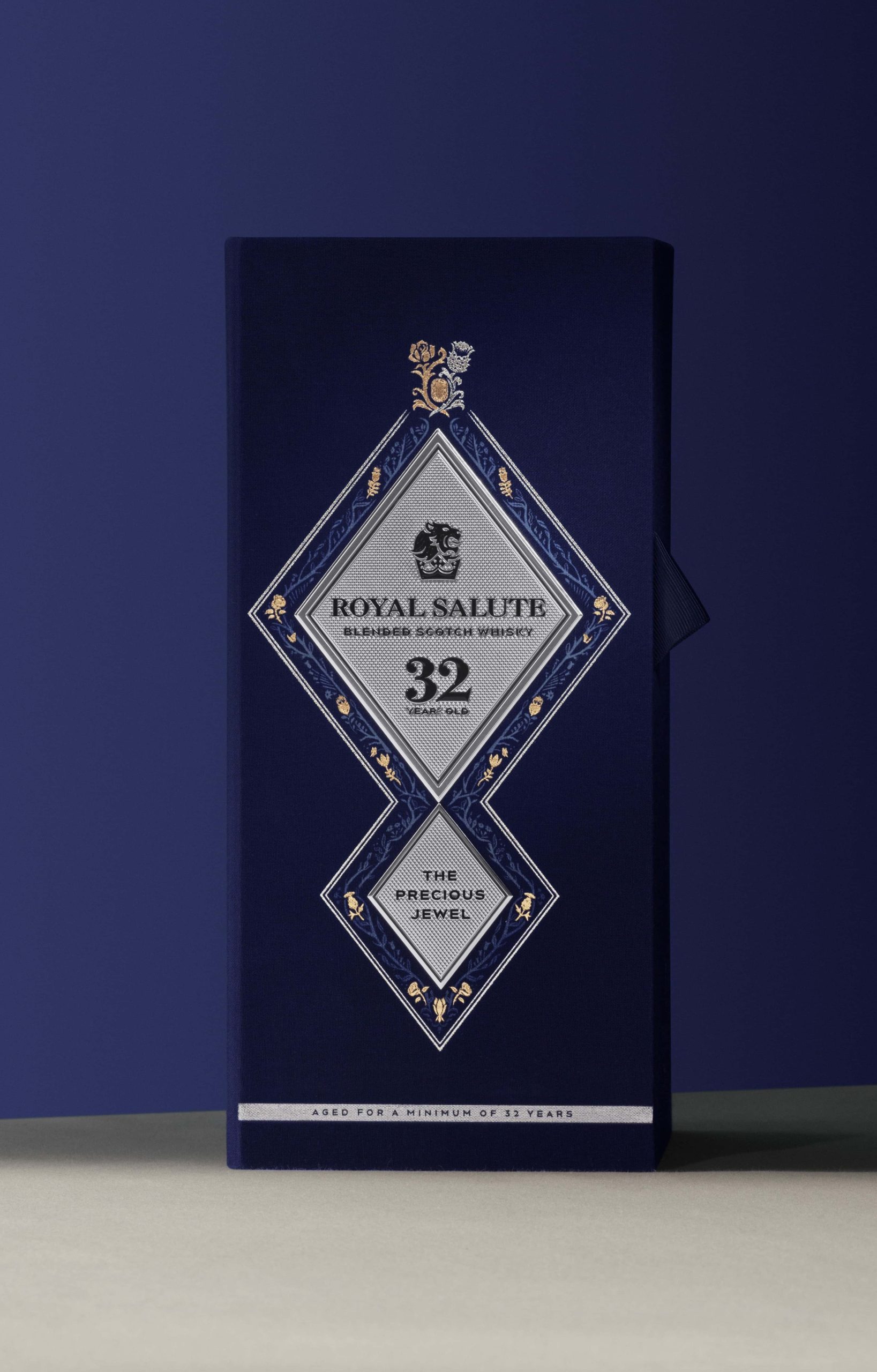 Celebrating the homeland of Royal Salute

Emblematic of the unity between Scotland and England, the rose and thistle rise from below.

Elegantly perched above them on the sprawling golden branches are the woodpecker, kingfisher and golden eagle, a showcase of the wonderous diversity this majestic landscape has to offer. 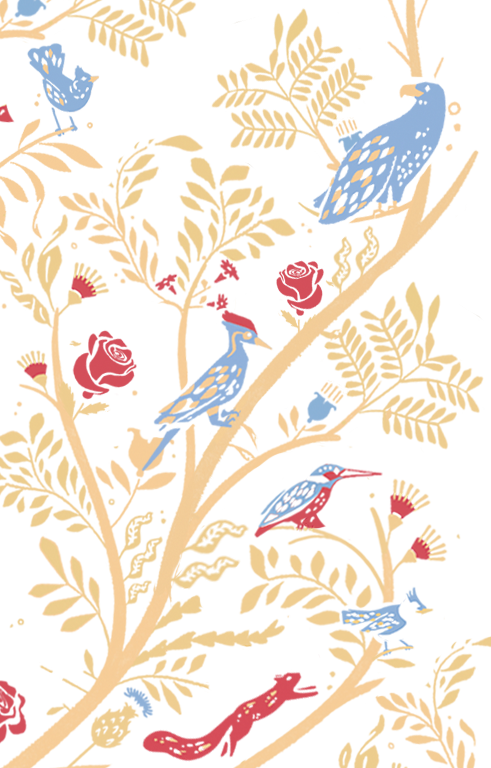 The Evolution of the Royal Salute Bottle

The Royal Salute 21 Year Old was launched as a coronation gift for Queen Elizabeth II in a striking green porcelain flagon, and housed in a hand-crafted Indian velvet pouch. Buckingham Palace granted special use of the Royal Coat of Arms on the first production run only.

The Chivas Brothers crest replaces the Royal Coat of Arms, bearing image of Robert the Bruce and a Gaelic motto which translates as Fidelity, Stability, since 1801.

The blue flagon is introduced and quickly becomes the most popular colour.

The burgundy flagon is introduced. For the first time ever the flagons are available in four different colours: blue, green, red and brown.

The colours are enhanced and renamed Emerald, Sapphire and Ruby to reflect the gem stones of the crown jewels.

Several changes to both neck labels, the shape and size of main crest label, cannon design, bottle shape and base crest are implemented.

The bottle shape gains height and the label is simplified to give a more contemporary silhouette. Royal Salute’s signature lion replaces the Chivas Brothers crest.

Royal Salute sees the end of the ruby and emerald flagons, along with the velvet pouch, but welcomes The Malts Blend and The Lost Blend into the core range.

In tribute to Royal Salute’s affinity with polo, the ‘Sport of Kings’, a limited edition series is released inspired by the different polo-playing surfaces – grass, sand and snow, with flagons designed in corresponding vibrant colours. This collection quickly became an exciting, lifestyle platform, and has since expanded into whiskies inspired by iconic polo destinations.

Recyclable coated glass flagons are introduced for the core range expressions, as the first step towards a more sustainable future. While maintaining the quality and flavour of the whisky, and retaining the signature Royal Salute style, this small change has helped to significantly reduce our packaging carbon footprint.